Giving back to the land

Conservation helps to bring new life to the soil, passion to the family

At a time when farm families around the country are wondering who in the next generation will carry on the farm, Sierra Orchards in Winters now knows the answer.

Craig McNamara has worked Sierra Orchards near Putah Creek for 38 years. He converted to a certified organic walnut orchard 25 years ago and has always held a long-term commitment to the land. But in terms of his kids, he and his wife Julie encouraged them to find their own paths and never pressured them to come back.

There wasn't a clear path for the farm's future until Sean stepped forward last year. Craig and Julie's youngest son Sean was a contractor building houses until he decided to commit to the family farm and, as he said, "give back to the land that gives to us." 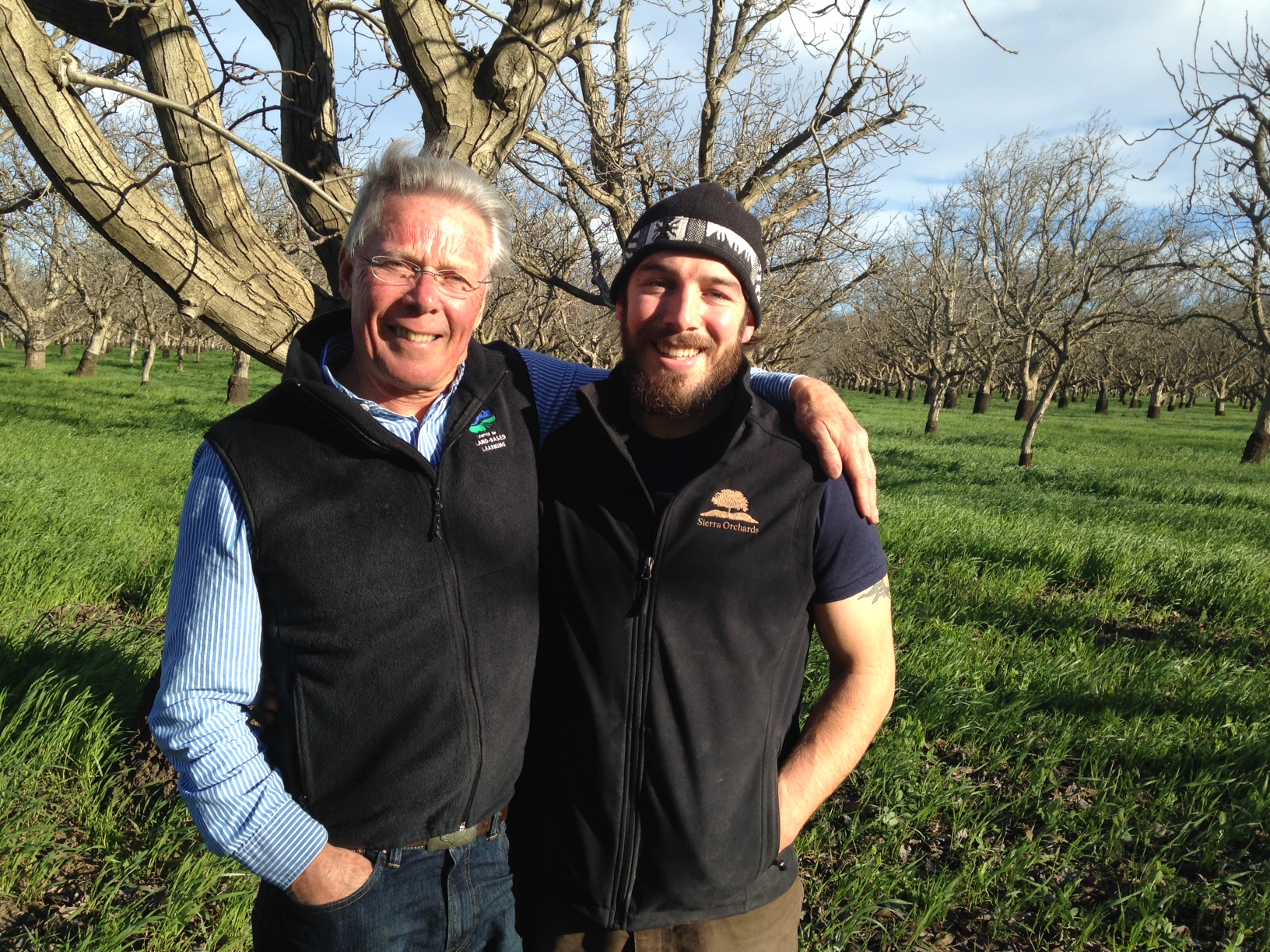 Unlike many farm families who wonder if their land will stay in agriculture once they stop farming, Craig and Julie ensured their land would stay in agriculture by selling the development rights on a large portion of their farm and entering into a conservation agreement. That way they knew that the farm could never be subdivided or developed. Instead, the farm could evolve as an agricultural business with new ideas and new farming practices, an evolution that suited Sean when he came home and committed to the land.

The conservation agreement placed on the land is important, said Sean. Knowing that the farm is protected forever—even in family successions and financial downturns—helps him to "invest so much more freely and deeply."

On the practical side, the conservation agreement paid off the mortgage. "That put us in a financial situation where I could come back to the farm, get paid a salary, and take on new projects with the backing—both emotional and financial—from my dad," he said. "If we had not gotten out of debt, maybe the opportunity wouldn't have been there."

Freedom from a mortgage has also allowed them to invest in innovative practices and a few pieces of new equipment.

When Sean first came on board, he learned that there were several soil-borne diseases that were affecting productivity, and that the whole orchard was compromised.

"Well, that's not good," he said. "I need a long relationship with this orchard." He did his research and explored the limited alternatives for organic control. "Basically, the more I uncovered, the more I realized that the best tool an organic farmer has is soil health, which leads to plant health, vigor, and resilience to diseases."

One example of how Sean's approach has evolved differently than his dad's is how Sean plans to remove and replace the trees in the older orchards. Craig was trained to bring in big equipment,

rip out the trees, take them away, apply fumigation, and plant a few grasses before setting new walnut trees. Instead of doing that, Sean has contracted the trucks to shred the trees onsite after they have been removed. The brown waste will be mixed with walnut hulls (green waste) and turned into compost that will be applied to the orchard along with a high diversity of legumes, grasses, and clovers.

"Instead of going the fumigation, nuclear bomb approach, we'll let the soil biology sort itself out and the soil will be allowed to rest for several years," said Sean. 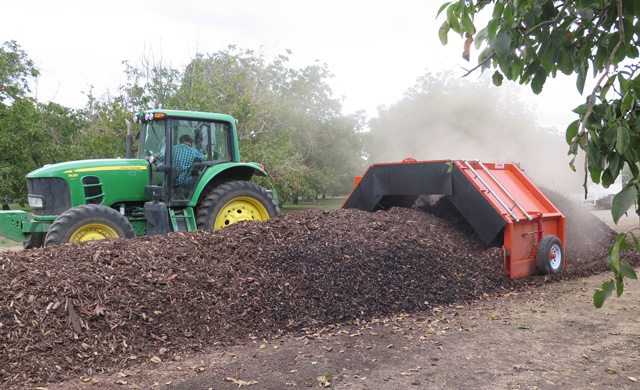 A strong work ethic and a love of the outdoors run in the family. Sean's grandfather, Robert McNamara, the former Secretary of Defense, and his wife introduced a love of the natural world to Craig. Craig and Julie shared that love with their kids Graham, Sean, and Emily.

Sean is applying his passion for the land to the farm. In less than a year he has handpicked and planted a special cover crop; ensured that all pruning waste was chipped in the field and added to the organic matter of the soil; and started a large-scale, onsite compost system that uses their walnut hulls on the farm instead of sending them to a landfill.

Come spring, they will start a grazing regime in the orchards rather than mowing. Although Craig hasn't tilled the soil for years, these steps implemented by Sean support the soil further by absorbing more water when it rains and slowly releasing it during a drought.

While some may think that having his son work on the farm would release Craig to focus on other things—Craig is president and owner of Sierra Orchards, founder of Center for Land-based Learning and president of the CA State Board of Food and Agriculture—just the opposite has happened. Craig is spending more time on the farm.

"Sean's being here is the best gift I've had in my career. Hands down, there's nothing like it," said Craig.

He says that Sean is teaching him how to introduce beauty, health, and wildness to their family farm—and yet, Craig's operation has been organic and sustainable for years. So what's the difference?

"Our approaches have a lot to do with our generational gap," Sean told his dad directly in the small office surrounded by orchards. "What you have been doing was cutting edge when you came. Even going organic 22 years ago was totally against alternative norms. What I am bringing in now is the same…"

"Cutting edge," interrupted the father to finish the son's sentence. 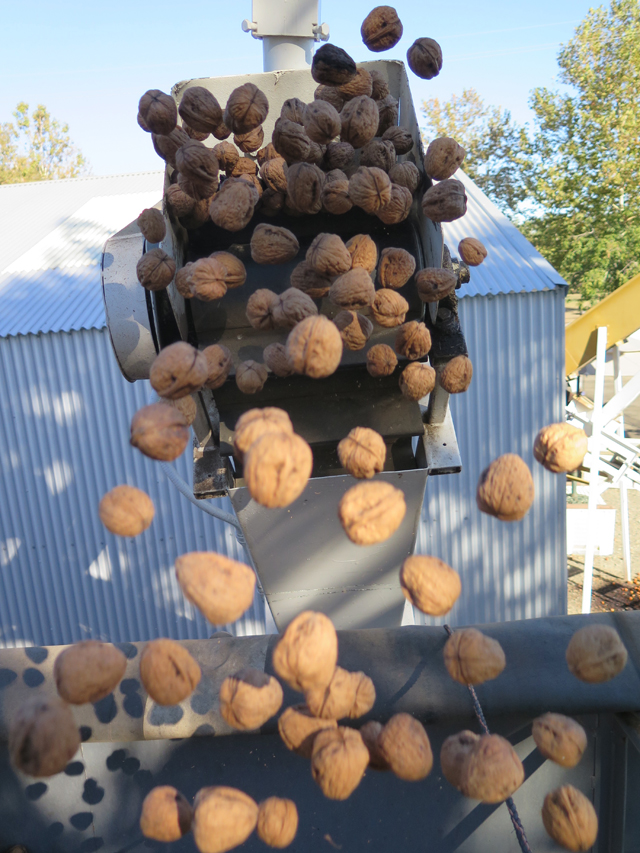