Are you homeschooling your kids, or itching to get out of your shell and learn something new yourself? We have an idea for you. Learn about a study on our western pond turtle, the only remaining native freshwater turtle on the West Coast.

While this turtle has been studied often, little is known about those that live in a brackish marsh. Environmental scientist Melissa Riley is working to change that by studying turtles in the Suisun Marsh at Rush Ranch.

Solano Land Trust has recently partnered with the California Department of Fish & Wildlife (CDFW) to provide access to Melissa Riley, a scientist at CDFW and a UC Davis PhD candidate with Brian D. Todd’s lab of herpetology and wildlife conservation. She has been capturing, marking, and releasing turtles around Suisun Marsh in special nets. 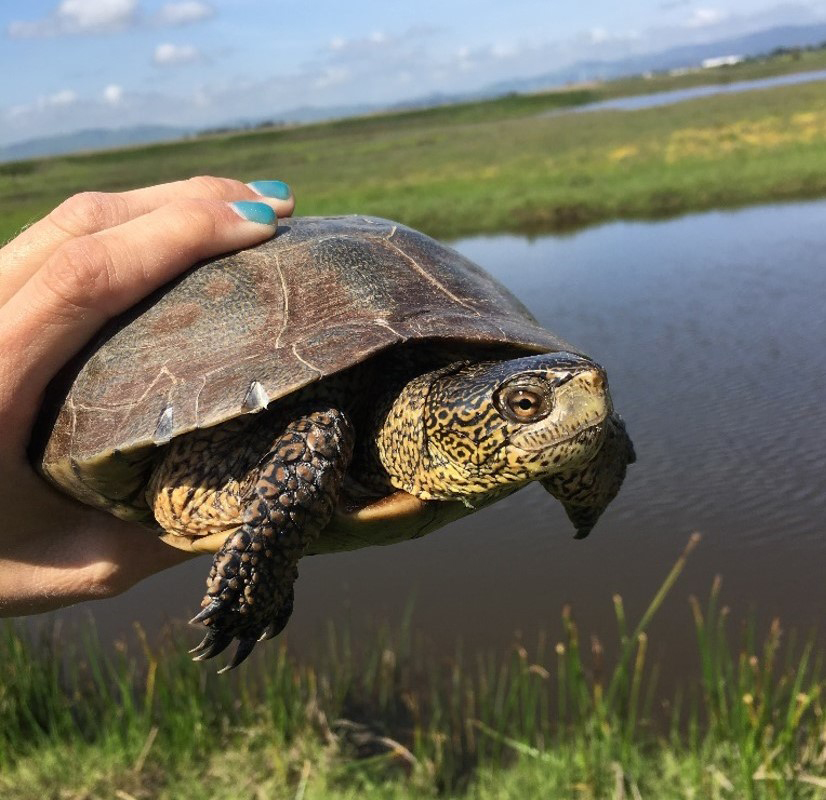 Melissa has already discovered several details about the turtle’s life history. “We recorded a turtle at Hill Slough on Grizzly Island Road that was captured three years later at Rush Ranch,” she says. While the distance between those two locations is only about a mile on the road, a turtle’s course entails a sinuous journey through the many sloughs and small tidal channels in the marsh.

Western pond turtles are known along the Pacific coast from Northern Baja to Washington state. The loss of wetlands and waterways led California to list it as a species of special concern after populations began to decline at an alarming rate. Washington has listed the species as endangered and Oregon has listed it as “sensitive/critical.”

Despite the name, western pond turtles are found not only in ponds but also in lakes, streams, irrigation canals, and even tidal estuaries like the Suisun Marsh. Living up to 50 years, they are omnivores that eat aquatic plants, insects, fish, and even carrion.

These reptiles are most often observed basking in the sun on logs or pond banks. Coyotes and raccoons are sometimes able to capture and eat them, especially when the turtles move onto land to lay eggs. At the approach of a predator or interested hiker, a turtle will scramble into the water and dive under the surface. A few minutes later, a small head usually emerges in the middle of the pond, suspiciously surveying the intruder. 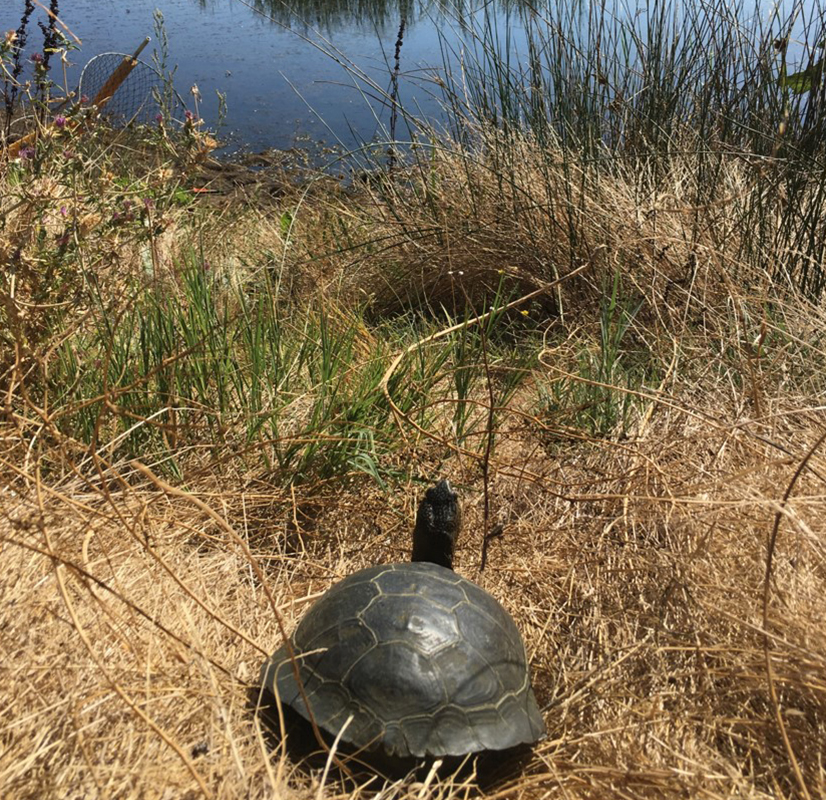 While human encounters these days are usually well-intentioned, it has not always been so. During the turtle soup craze at the turn of the 20th century, western pond turtles were harvested by the thousands to meet the demand of San Francisco restaurants. While terrapin soup might not be turning up on menus these days, habitat loss and competition from the invasive red-eared slider turtle mean this species still faces serious threats. People initially introduced red-eared sliders to natural areas when they released their aquarium pets, but the sliders have since established self-sustaining populations.

Solano Land Trust and you are helping to protect these animals by caring for the streams and wetlands they rely on, and by working with our partners to learn more about how to manage them. You can help western pond turtles by keeping your distance while hiking, following posted dog leash notices, and by driving carefully in areas where turtles are known.