Solano County at the Movies

When you think of Solano County what do you see?

Onscreen, these lands have been used to evoke many places, eras, and stories. Historic buildings serve as East Coast cities; rolling hills recall the look of Westerns; levees and deltas suggest the South.

It’d be naïve to say the goals of land trusts and loud, busy movie productions match up perfectly. But an interest in preservation and scenic land unites both parties. Shots of historic buildings require well-maintained buildings; shots of open country require open country. You can’t transport a viewer into the past when sprawling overdevelopment covers the landscape.

Since Cameo Kirby shot in Rio Vista in 1914, our county has made its mark. So to acknowledge a pedigreed past and an exciting future, we present five essential films that shot at least partly in Solano County.

These films are ranked according to no quality save one: Solano-ness. I’ve paired them for your pleasure with suggested hikes. 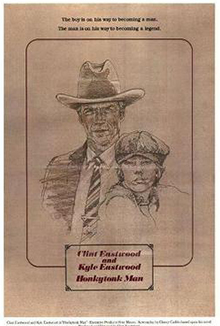 The shimmering grasslands and quiet country roads of Birds Landing feature in the opening section of this comedic, freewheeling, and earthy story of a chronically ill guitar-slinging drifter who takes his nephew (played by Eastwood’s son, Kyle) and a hanger-on (Alexa Kenin) on his journey to the Grand Ole Opry. Eastwood, who has owned ranches in Tehama and Monterey County, makes affectionate use of Birds Landing’s rural vistas (and liked them enough to shoot part of his acclaimed Charlie Parker biopic Bird here too). The movie’s hijinks include a jailbreak, a bath in a bull’s trough, and a visit to beloved local landmark Shirley’s Tavern, which appears here much as it looked during my visit in January of 2020. Eastwood’s singing voice isn’t the best, but it has a wry, wounded, easygoing quality that the whole movie shares, and the gentle pacing and warm visuals should make viewers feel at home (about that: it’s PG-13, but there are some dated elements that don’t make for ideal family viewing). There are more acclaimed and famous movies on this list, but for my money Honkytonk Man is the ultimate Solano County film: a movie where the sun shines bright and the breeze blows easy.

Suggested hike: Don your Stetson or your next best thing, cross Grizzly Island road from Rush Ranch, and climb the hills for a squint at the film’s imaginary Oklahoma. 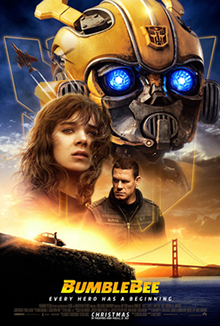 This fun, loud, sweet blockbuster made the economy and several neighborhoods in Vallejo go boom. A spinoff from the Transformers universe, it’s a youngster-befriends-alien coming-of-age story in the ET mode. Set in an idealized version of 1987. Bumblebee, a Transformer who assumes the humble form of a yellow Volkswagen Beetle, befriends teenaged Charlie (Hailee Steinfeld) who discovers it in a junkyard. A John Cena-led crew of baddies and Decepticons want some information of the robot, and the final struggle takes place amid the drydocks, warehouses, and waterfronts of Mare Island. The spectacular action becomes even more engaging when you’re realizing what you’re looking at, and how well the impressive structures of the past accommodate dazzling brawls among intergalactic foes. The film also uses Vallejo’s picturesque downtown in a similar manner to the smash TV series 13 Reasons Why.

Suggested hike: Fill your backpack with something heavy and jog along the ridges of Lynch Canyon. Earth needs you.

Before the film swept up Oscars for best picture, actor (Broderick Crawford), and supporting actress (Mercedes McCambridge), it dumped a lot of dirt upon Suisun City for a local election scene. Adapted from Robert Penn Warren’s Pulitzer Prize winning novel, the film tells the story of political corruption and the rise and fall of populist firebrand Willie stark. The book is based on controversial Louisiana Governor Huey Long, so I was expecting the deltas here to stand in for deltas there. Instead, the state it’s in is never revealed and the cast speak without Southern accents. Extras and bit parts were drawn from local communities; in fact, then Suisun City sheriff A.C. Tillman had a small role arresting Stark in the opening scene. Most of the film shot in Stockton, but a careful eye will catch Tabor Avenue and the old Suisun plaza, and it’s no wonder that the iconic hills and live oaks of this region photograph beautifully in black and white.

Suggested hike: a reflective late afternoon walk along Rush Ranch’s Marsh Trail is a good time to ponder the troubling implications of this film. 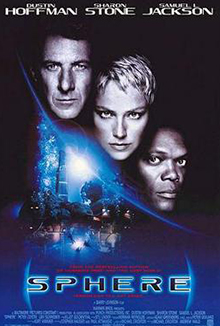 It’s not the biggest flop to film in Solano County—Howard the Duck collected some aerial footage of Rio Vista—but Sphere was neither a rousing critical nor commercial success. Nevertheless the film made a splash for the local industry. The Vallejo/Solano Film Office’s Jim Reikowsky, appearing on the excellent Know Vallejo podcast, says Paramount spent $20 million locally for the production—in 1998 dollars, no less. Filming after Mare Island’s full shipyard closure in 1996, the production used the naval buildings and soundstages of Mare Island as its primary shooting locations (they had planned to use the drydocks for the many underwater scenes but ended up building water tanks instead). Barry Levinson’s film has a superior cast—Dustin Hoffman, Sharon Stone, Samuel L. Jackson, Queen Latifah—pioneering special effects, and breezy scientific babble true to Michael Crichton’s source material. It follows a team of scientists deep into the ocean to investigate a spaceship and a glowing orange sphere that makes fears become reality…or something. Not recommended to viewers with fears of jellyfish, spheres, or aliens named Jerry.

Suggested hike: This one is hard to simulate. Wait for a good rain—next year’s, hopefully—and take a dipper docent tour at Jepson Prairie to see the vernal pool’s fairy shrimp—extraordinary (and harmless) creatures from the not particularly deep. 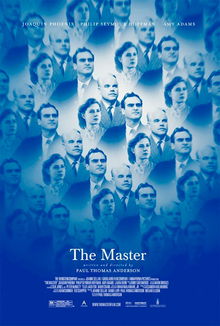 Perhaps the most critically acclaimed movie to film here, The Master uses the stately interior and wide porch of Mare Island’s Captain’s Mansion as a Philadelphia home where a religious society, called “The Cause,” hold their meetings. The Cause is headed by Lancaster Dodd (Philip Seymour Hoffman) whose stormy friendship with Joaquin Phoenix’s Freddie Quell guides this unique, visually stunning drama. The use of Vallejo is both familiar and disorienting, like this film’s version of an alternate post-war past, and its subjects’ view on humanity’s future. It’s a powerhouse of acting from Phoenix, Seymour Hoffman, and a Adams, who were all nominated for their roles, and a headscratcher that gets more mysterious with each viewing. When running, the Mare Island Historical Museum incorporates facts about the filming into their excellent guided tours of the area.

Suggested hike: Check the Solano County maps of the Bay Area Ridge Trail for a hike with cinematic range, vigor, and variety.

The late and beloved star had a home in Tiburon, a wedding in Napa, and a better than passing acquaintance with the filming potential of Mare Island judging by these four features. It’s hard to bring up filmmaking in the Bay Area without mentioning this iconic figure, who showed up to give the Vallejo film industry an energetic boost just before it kicked into high gear.