On the day of the Sunday Supper, donor relations officer Michelle Dickey drove to Brazelton Ranch with a Kahlua cake nestled in her passenger seat. The delivery gave Michelle an opportunity to interact with the cakemaker, Kim Loney, the cake receiver, Jean Brazelton, and the cake's winning bidder, Janet Brazelton, who bought the cake and another dessert to share with family and friends.

“We have a great community,” says Michelle. “I don’t think I am alone in missing the close contact with people. Every person I met that day was jovial, thankful, and talkative. Jean looked at me as if I were Santa Claus bringing the best gift ever.”

Kim has generously shared her Kahlua cake recipe, and some of her story, with us.

“In the 38 years I have been baking this cake, it has become the most asked for recipe I make!” says Kim.

Kim made the cake for the Sunday Supper dessert auction. In normal times the desserts are auctioned live at the dinner. This year, the silent desert auction closed early, and the desserts were delivered to the winning bidders on the day of the supper.

Kim says she inherited her love of baking from her late grandmother Carmen Garcia, her late aunt Felicia Garcia Matta, and her mother Rosalie Vasquez, all Vacaville residents. After enjoying the cake several times at family functions, Kim asked her sister-in-law for the recipe. 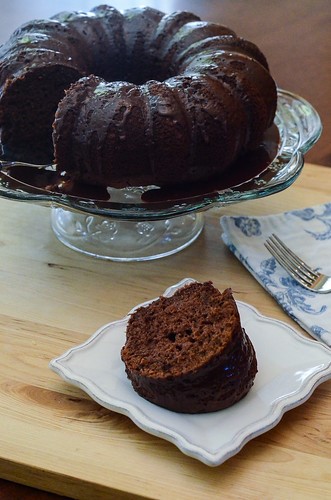 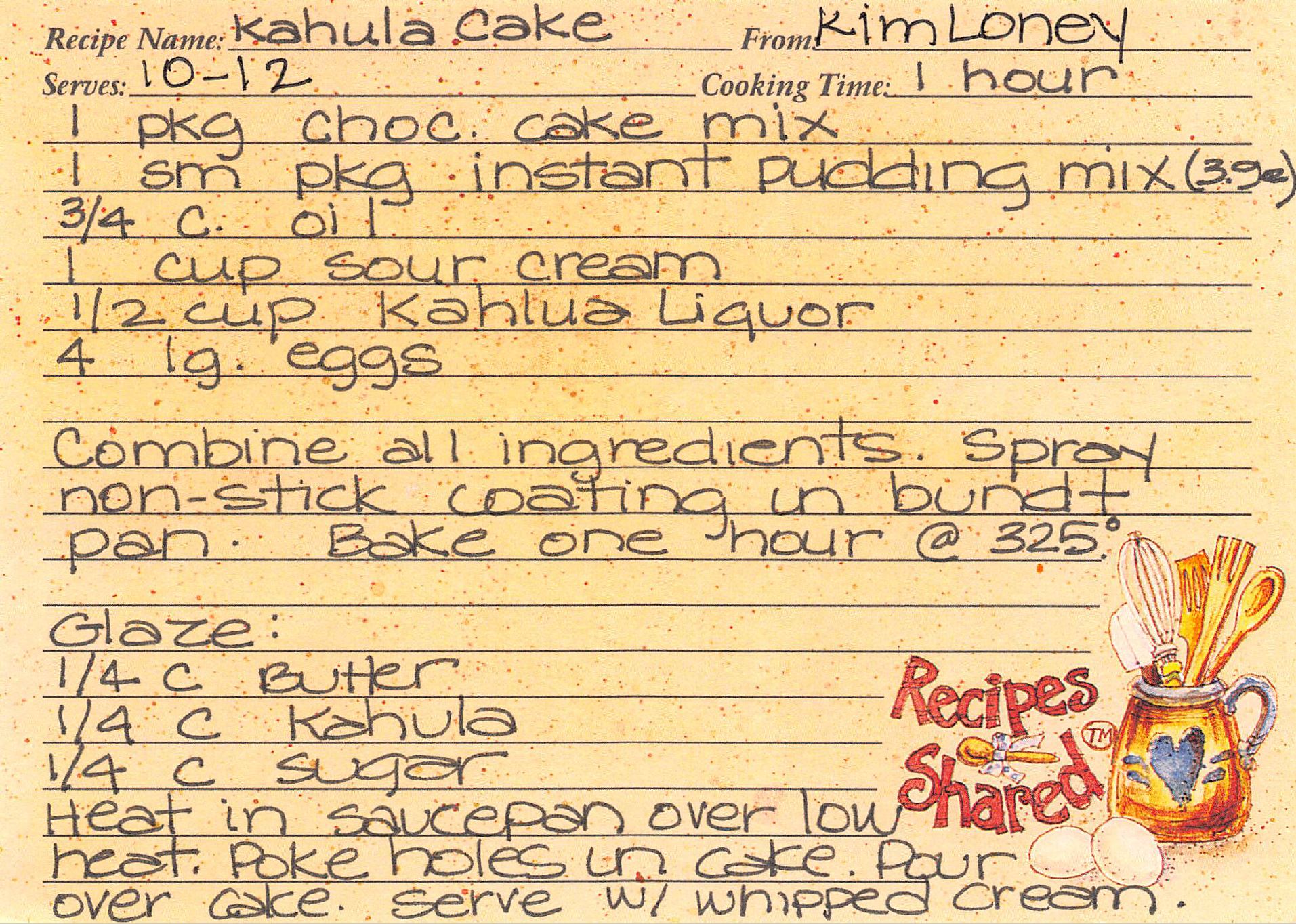 The recipe starts with a box mix, which Kim has stuck with even after she experimented making it from scratch. “I like the original recipe better,” concluded those eating the cake, the ultimate judges. “Some people like to add chocolate chips, but I think it takes away from the lighter, coffee liqueur flavor,” Kim says. By experience she has found that the cake is best when it’s made several days before serving and topped with a double batch of glaze to keep it moist. Favorite toppings include Cool Whip, vanilla or coffee ice cream, and fresh whipped cream. No matter how you top it, the cake is tops.

The dessert auction raised $2000 for Solano Land Trust, with the winning bid for Kim’s Kahlua cake $250. Janet Brazelton bought the cake for her mom, the peach lady, Jean Brazelton. Other desserts in the auction included those made by board members Sue Frost, Carole Paterson, and Gale Spears; supporters Nancy Martin and Shellie Vasquez; and executive director Nicole Braddock. A tower of Madeleine’s Macarons also went to the highest bidder.

We can’t imagine anything sweeter than the participation and enthusiasm of this wonderful community. Serving you is our treat.