Albert and Kim Katz, with their farming partner Jim Parr, a longtime and respected grape grower in the area, planted olive trees in the Suisun Valley in 2001 and the trees took to the soil and the climate.

Even as grapevines dominate Napa and Sonoma valleys, you can count on the Katz family to stick with olives and the award-winning extra virgin olive oils they produce. “We grow olives and will continue to grow olives,” says Albert, with an easy, hearty laugh. 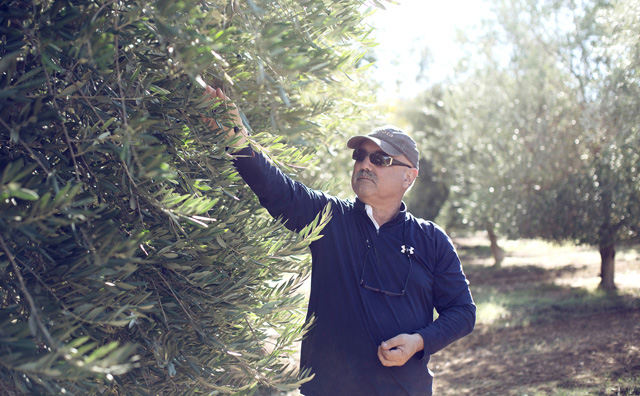 Albert and Kim met at UC Berkeley, and for ten years ran a successful restaurant in Oakland while raising toddlers. Albert loved every minute of it, but the young girls weren’t getting much dad time and so a related venture was planted.

Albert jumped into olive farming and producing extra-virgin olive oil (EVOO), and he crushed it. He was also one of five founding members of the California Olive Oil Council (COOC), which now represents 300 olive-growing and -producing farms in California.

In addition to having a great taste, EVOO lowers the risk of heart disease, provides cancer-fighting oxidants, and reduces blood cholesterol levels. “Every study proves that the health benefits of extra virgin olive oil far exceed any other oil. From a health and diet perspective, there is no argument about the benefits of using organic EVOO,” says Katz.

Katz oils keep wining awards, including gold and best-in-show. Their girls are grown, and although they respect their farming roots, both have careers that don’t include farming. Albert can’t imagine anything sweeter than having a meal in an orchard with his family and two prized grandchildren. 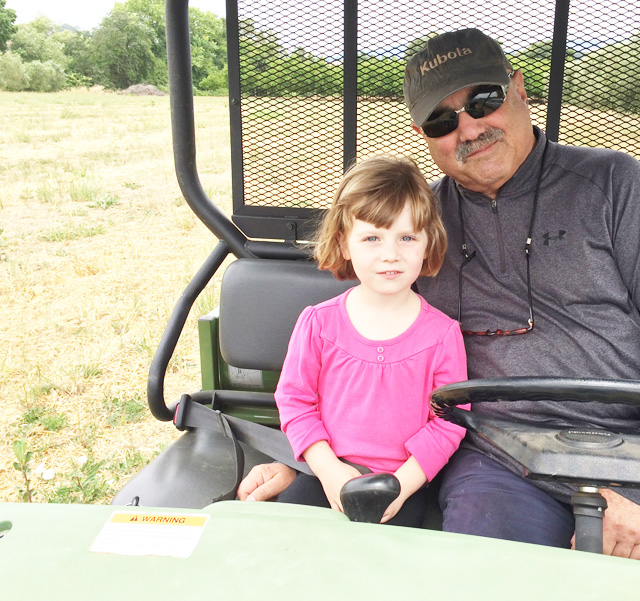 Katz is a California Certified Organic Farmer (CCOF) and goes beyond what is required for that certification. For example, his is a no-till farm to help sequester carbon in the soil. “We respect our organic certifier and follow their rules, but we try to go further because too many farmers follow the letter and not the spirit of the law. We believe there are farming methods that make us better stewards of the land,” says Katz.

“I love Solano Land Trust,” says Katz. “We believe that protecting open space for future generations is critical for maintaining a healthy environment where families, and in particular children, can gain a first-hand perspective of the value of respecting the natural world. The fact that many of the parcels protected by Solano Land Trust are working ranches and farms only heightens the experience that open spaces can be respected and conserve an agrarian way of life that is an essential part of the American experience and its rich history.”

If you would like to stock your pantry with this superb oil, shop at Katzfarm.com. Albert and Kim Katz have supported Solano Land Trust for years, and donated to the Sunday Supper, which takes place this year on October 7.