In late July, attendees of the eighth Rush Ranch coffee break gather among the sage and toyon at the Rush Ranch Visitor Center and visit a table laid out with coffee, doughnuts, and grapes. Olive tree leaves glint and flutter. Barn swallows swoop around the eaves. A pleasant cloud cover lingers.

Masked up and socially distanced, the group of donors and docents is smaller than a college seminar, but the campus, and topic of today’s presentation from guest speaker Mike Vasey, is Suisun Marsh, part of the largest marine estuary in the western United States.

Executive director Nicole Braddock greets the group and explains that the coffee breaks started as “a way to follow COVID-19 guidelines but feel less cooped up.” Though present conditions determine the gathering, she addresses the future: work with a teacher alliance group to make Rush Ranch a resource for in-person and online learning; the continued work to connect farmed food to the food bank; and the upcoming rename of Rockville Trails Preserve. As Nicole discusses ADA upgrades, Laura Livadas displays a patch of True Grid surface, the material that will provide a usable path for people in wheelchairs accessing Rush Ranch’s picnic area. 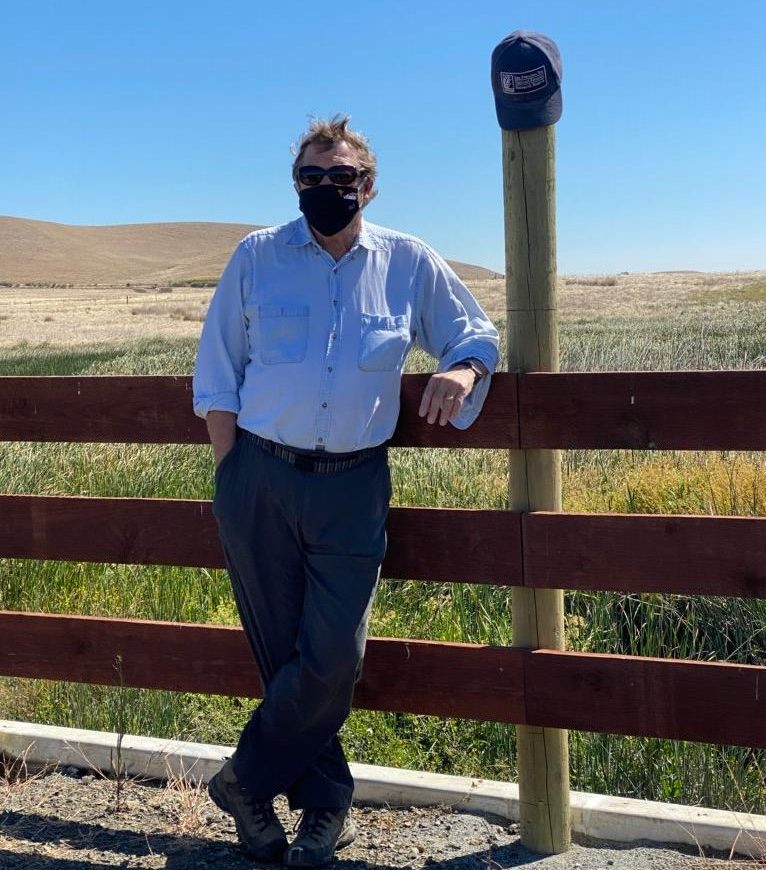 After taking questions, Nicole turns the speech over to Vasey, who is here to speak of the “crown jewel restoration project” at Lower Spring Branch Creek. He is director of the San Francisco Bay National Estuarine Research Reserve (NERR), a subsidiary of the National Oceanic and Atmospheric Administration, more commonly known as NOAA (which Vasey jokingly dubs “national organization for the advancement of acronyms”). Vasey holds a Ph.D. from UC Santa Cruz, teaches at San Francisco State University, and is a co-author of Field Guide to Manzanitas: California, North America, and Mexico.

Vasey has the childlike enthusiasm you’d want from a science professor. He’s also quick to emphasize that it’s more than research that makes Rush Ranch special. “We do facilitate and support research. But it’s also about education, community building, and stewardship.”

“But it IS about estuary,” he says. Estuaries, the tidally and seasonally influenced coastal zones where freshwater meets salt, are ecologically rich and increasingly rare (eighty percent of such ecosystems are gone worldwide). He sweeps his hand across the Suisun Marsh landscape, demonstrated by the varying heights and color schema of the marshland. But he also shows where the marsh ends, the places it used to reach but no longer does. Fixing that requires drastic efforts. The group stands on the road above the new culvert at Lower Spring Branch Creek to see the results of such efforts. 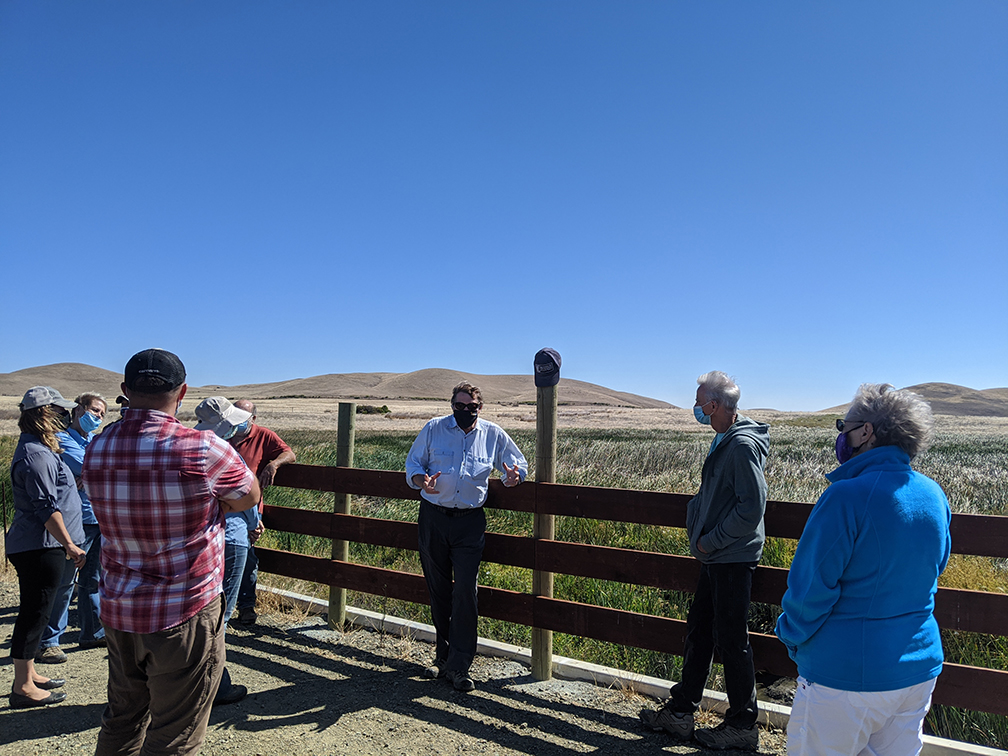 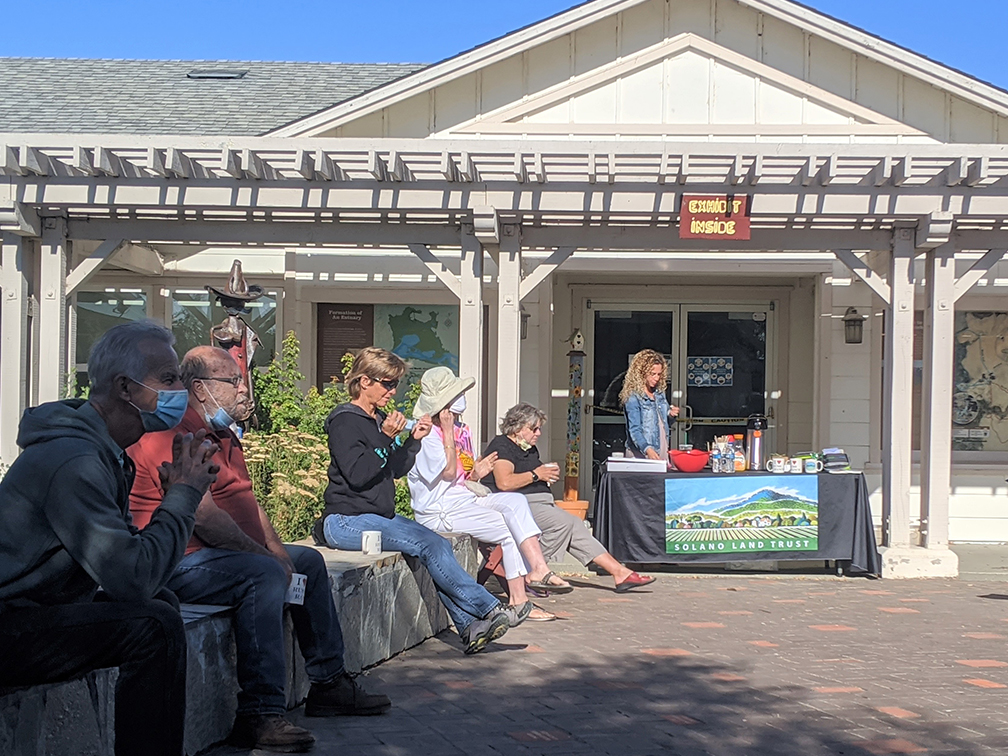 The water flowing through the twenty-foot-wide culvert once coursed through two tiny PVC pipes. This led to “muting” the marsh: even in high tide events, the water couldn’t make it through the transition zone to the uplands the marsh once touched.

With the proof of improvements flowing in front of everyone, he discusses other efforts: the US Geological Survey towers that measure methane levels in the marsh; the ambitions for restoration work around Goat Island Marsh adjacent to the Marsh Trail; and a recent project counting the native Suisun thistle population.

He handles questions generously, and while the topics raised delight and fascinate, the gathering of people is equally worth celebrating. Rush Ranch isn’t just a place to do science, but to bring communities together.