On a brilliantly green day in late February, a design team walked the trails of Patwino Worrtla Kodoi Dihi. They discussed infrastructure improvements that will make the site an ideal place to enjoy spectacular scenery, honor the native people who were the land’s original stewards, and learn about the natural world.

Among them was Ken Hunter, who is at work on a giant tree sculpture to be installed near the staging area where visitors will begin their hikes.

He stood for a picture beneath an oak tree. He admires the tree: its health and height are proof of land that’s been preserved. But the tree is not his model. No single tree is.

When Ken’s wife Jill, also an artist, made the elegant oak and acorn sculptures for the Heritage Oak Society, she was scrupulous about biological accuracy.

Ken, working with several tons of repurposed steel, has other priorities. 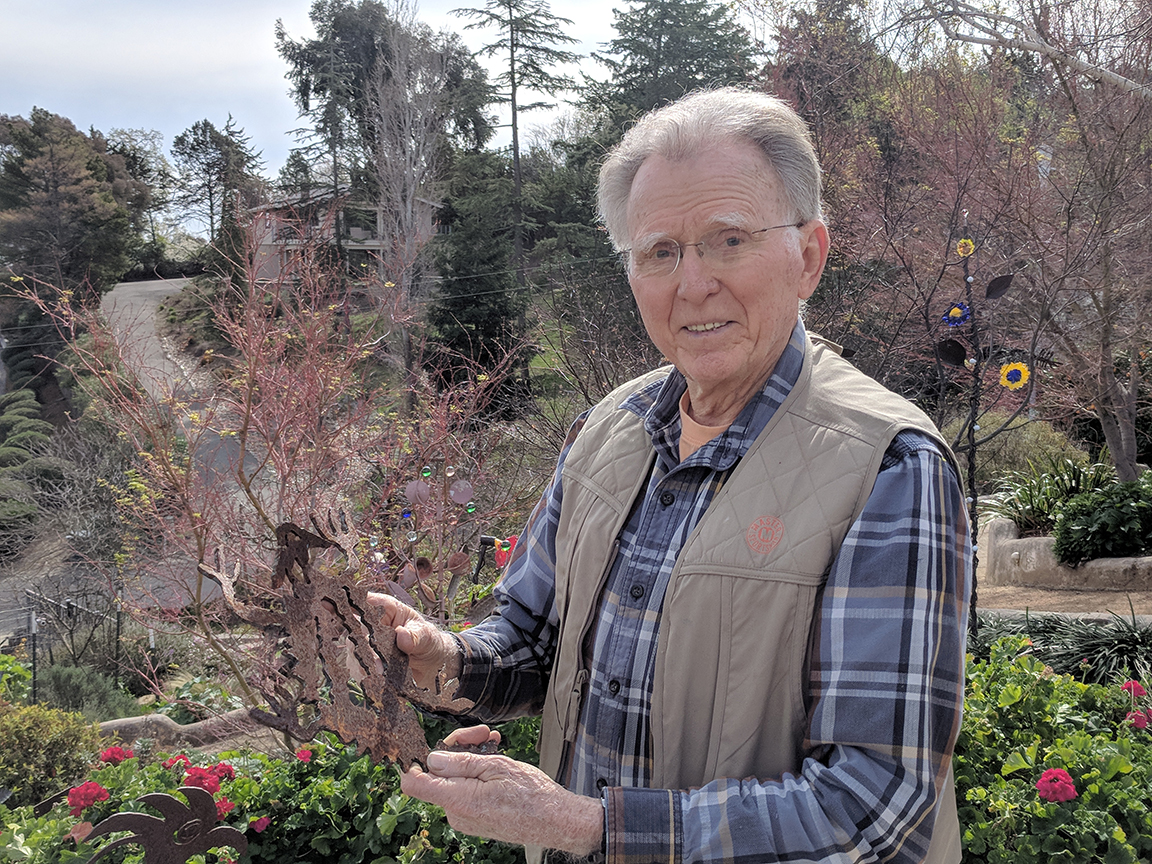 “My sculpture is based on my impression of a tree,” Ken says. “When I look at a tree, I see a mass of shadow and light.”

Now Ken is working to make that impression endure a long time, and to build a piece of public art that honors the land you have helped preserve forever. 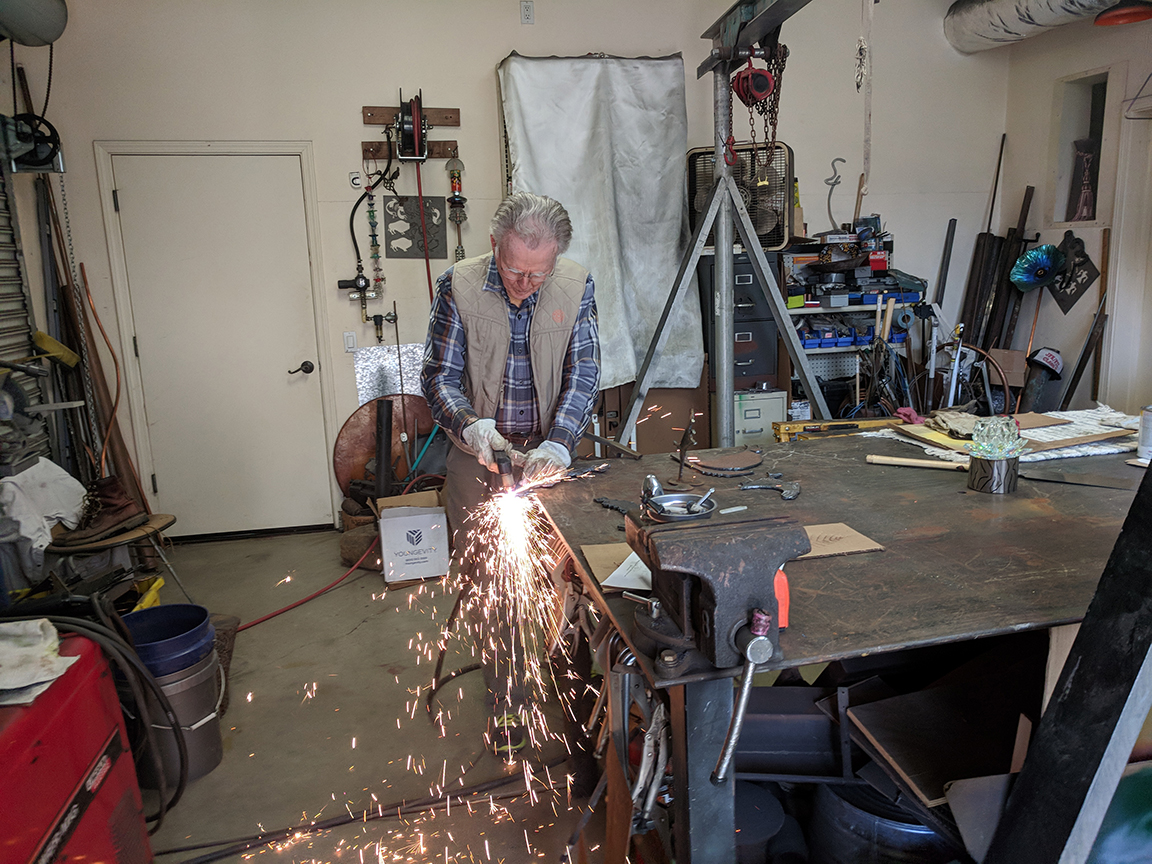 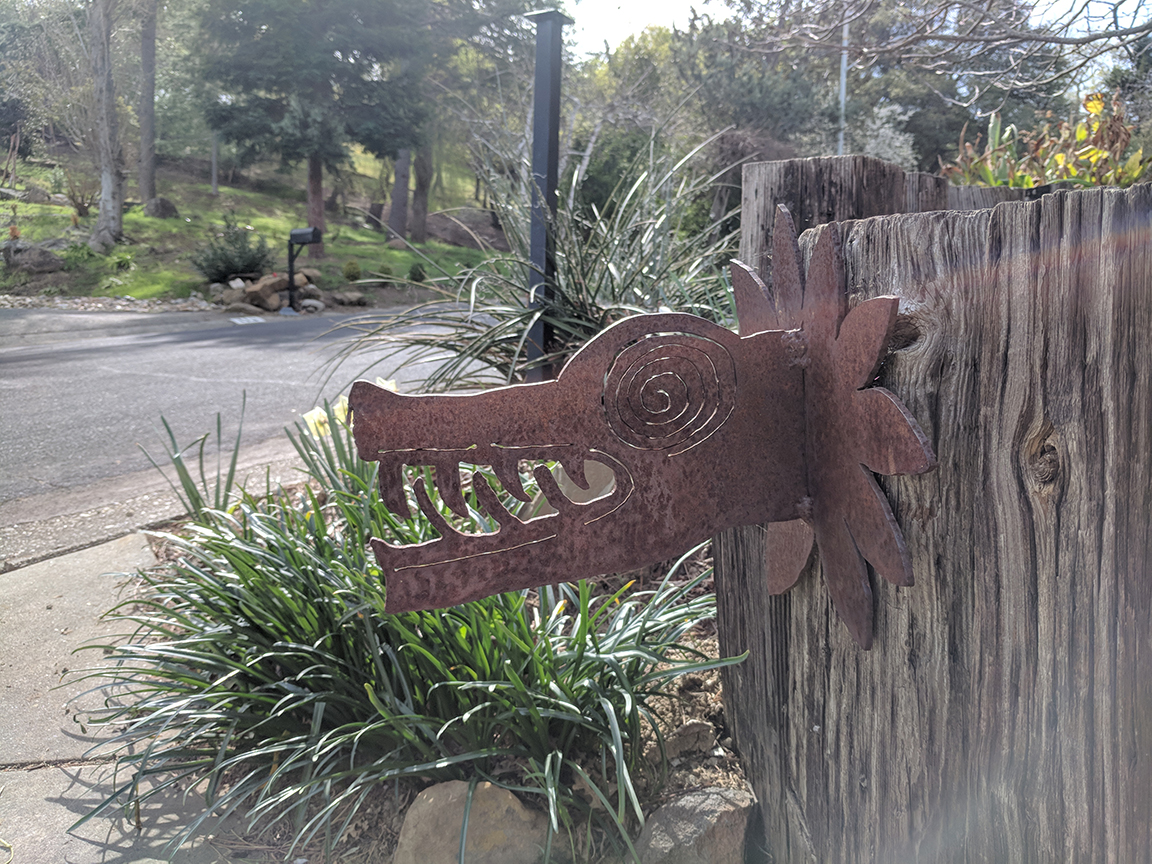 Creatures of the home studio

From the studio on his Vacaville property, Ken reworks found materials until they look wonderfully at home.

One hundred homemade sculptures dwell among the citrus trees, flowers, and terraced stonework of the Hunters’ yard. Some hide and some stand tall. A scarecrow-like figure holds a shovel. An ibex overleaps a bush. There’s deliciously colorful glass art skewered on poles, blooms of copper sunflowers, and bevies of rust-colored quail made to the same pattern Ken used when he gifted similar birds to fellow board members of the Vacaville Museum.

He purchased some materials from a scrapyard in Bishop, CA, others from Santa Fe, N.M. On these road trips, Ken took detours to see petroglyphs and pictographs of the Indigenous peoples, finding inspiration in their figurative energy. His studio is full of “cloud critters,” flakes and scraps from other projects that he fashions into animals using plasma cutters and soldering irons.

Ken’s sculptures reflect his love for the scenery and myths of the western United States; the upcoming project celebrates the part of the West Ken calls home.

He’s not sure how his mother found the time to make this memento. But she built it to endure, and it still stands today.

He’s working with several tons of metal generously donated by California Pipe Fabricators in Dixon. Using the plasma cutter, he gouges the material to evoke bark. The heaviest parts are at Jim Webb’s welding shop. There are untreated and treated sections, so oxidation can do its colorful magic.

The tree can’t be installed until the grading is complete; even then the logistics of driving it in and anchoring it down get tricky. But Ken is ready to see the project through to the end.

When Ken completes the project, he’ll not just be drawing on his years of experience making sculptures. He’ll be working in a family tradition.

At the base of a tree in his yard, there’s a rusty sign saying “HUNTER”: the oldest piece on the property. Ken’s mother, a worker in the true Rosie the Riveter mold, made it while working in San Pedro factories during World War II. 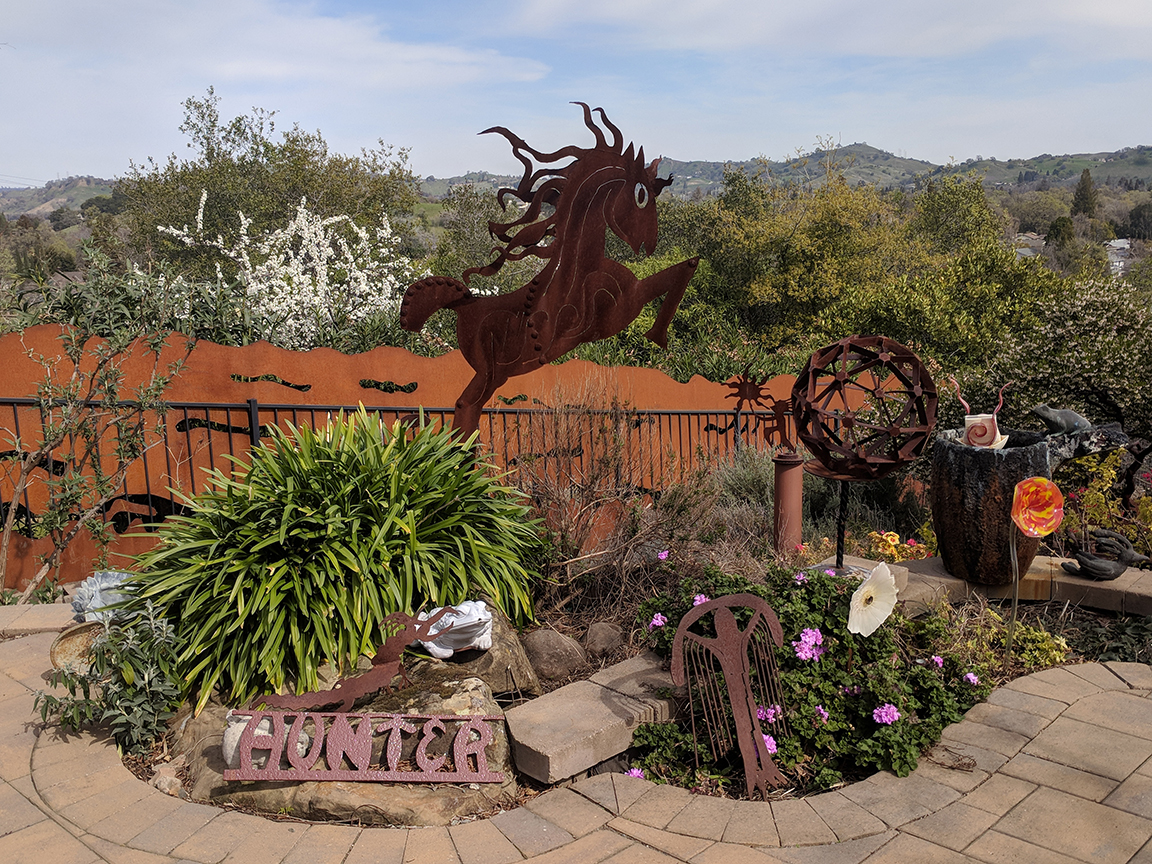 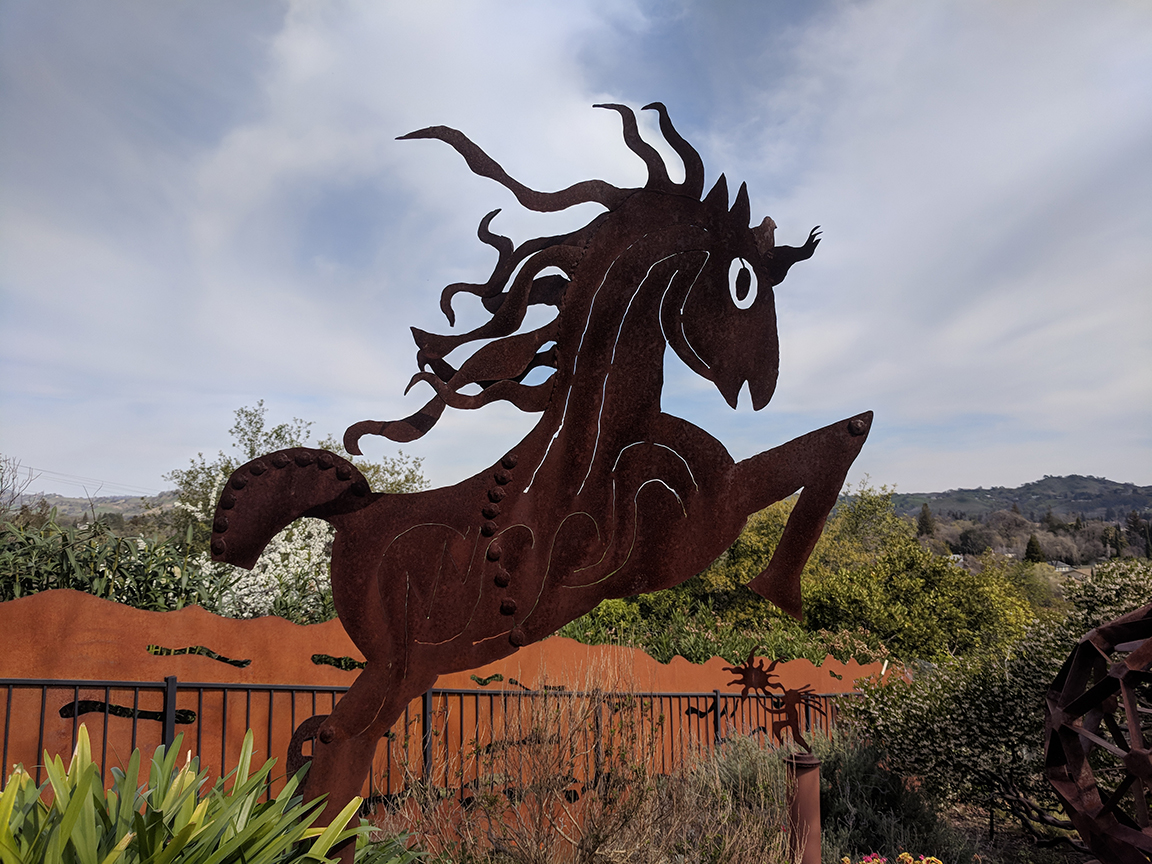