When Dennis Wells was growing up in South San Francisco, a vast dairy farm sprawled outside his home. His wanderings there as a child fostered a lifelong love of the outdoors. Now, that neighborhood is gridded with housing and streets, and Dennis and his wife Bonnie have followed their reverence for natural, rural spaces to Solano County.

And they found the right spot: their backyard in Green Valley directly borders Patwino Worrtla Kodoi Dihi Open Space Park. Now retired, he’s built a workshop and a deck on which he’s placed two forges, one with a foot-activated door he customized himself; when he shuts the door, he steps back and enjoys a beautiful view of protected hills.

Dennis relishes the physical nature of blacksmithing, emphasizing how the work requires the whole body. It’s a practice where new and old intermingle: Dennis will find a 1,500 lbs. hunk of early 20th century ironwork on eBay, restore it, and create items such as the herb choppers, candlesticks, and post hooks Dennis generously donates for Sunday Supper auctions, fundraisers, and our new pop-up shops.

Before blacksmithing, Dennis did ceramics. “Eventually you run out of places to put the pots,” Dennis says. A former general contractor, Dennis undertook a custom job fashioning a table for a client. His affection for metalwork forged then and hasn’t dulled since. 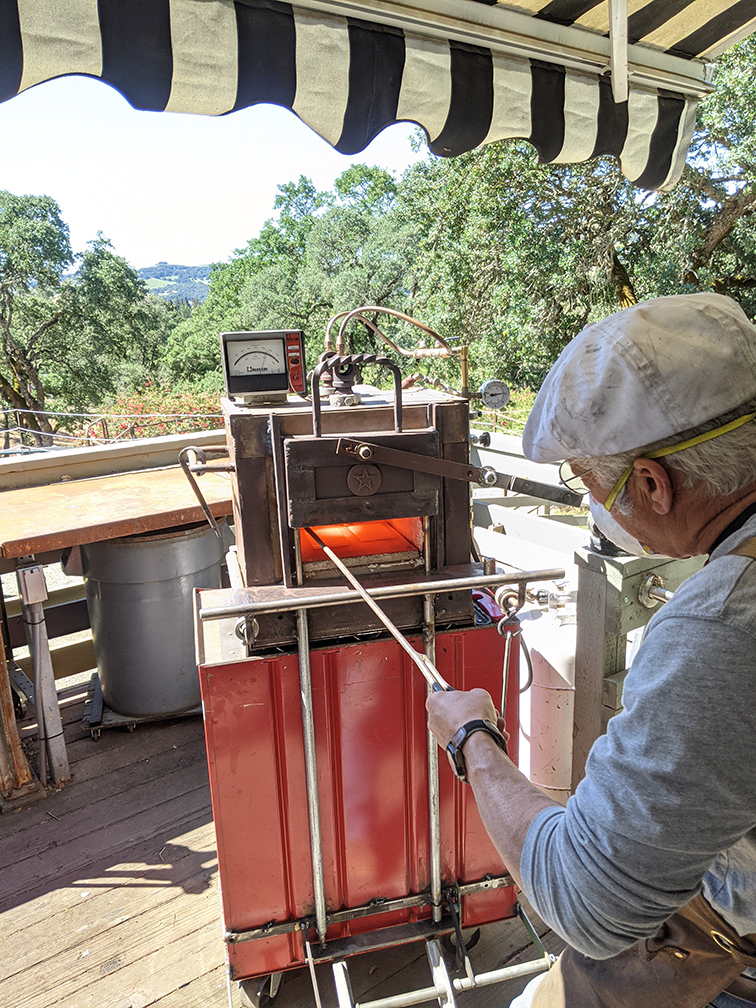 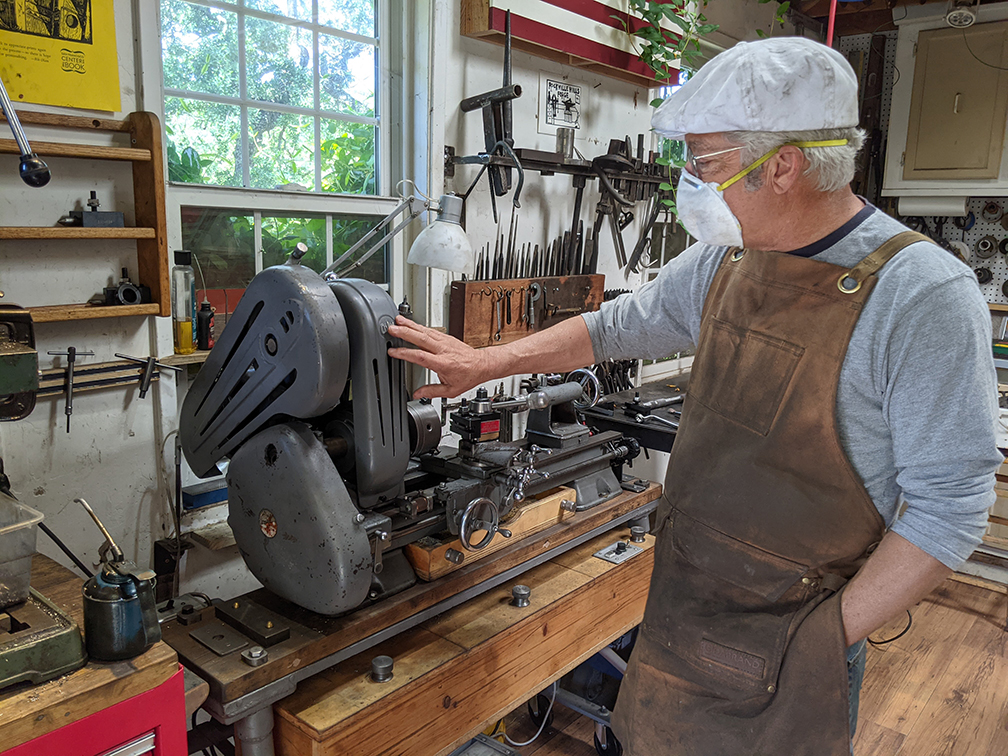 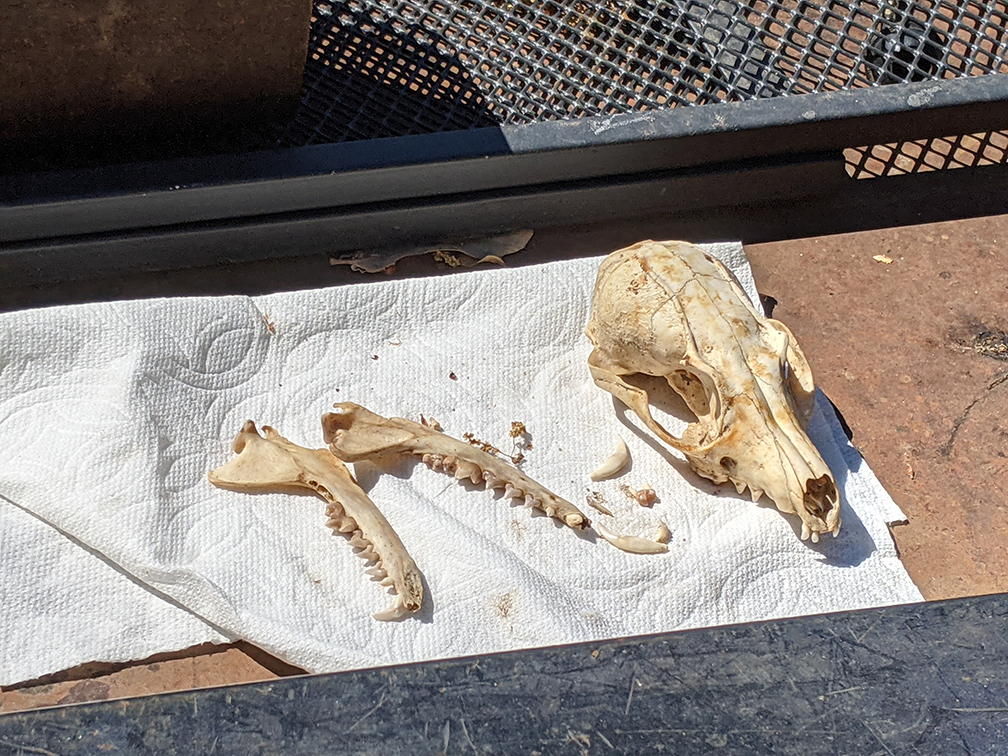 A fox Dennis found, buried, and exhumed for display at Rush Ranch.

Volunteering at Rush Ranch, Dennis gets to carry on this tradition, and inspire others to take up the tongs and hammer.

“Dennis does a great job as a docent of the marshes matter field trips!” says Communication Specialist Di Holokahi. “He really shares his expertise.”

Dennis enjoys showing kids how things are made. “We have a procedure where they make swords out of nails,” Dennis says. “It can be done safely.”

And he likes showing kids what creatures are made of. He’s a bone collector, managing the displays at Rush Ranch. Every skeleton was found on Solano Land Trust properties but one. Dennis ordered a grizzly bear skull so kids could appreciate the mighty animals who earned Grizzly Island its name (and who now appear nowhere in California except on its flags). 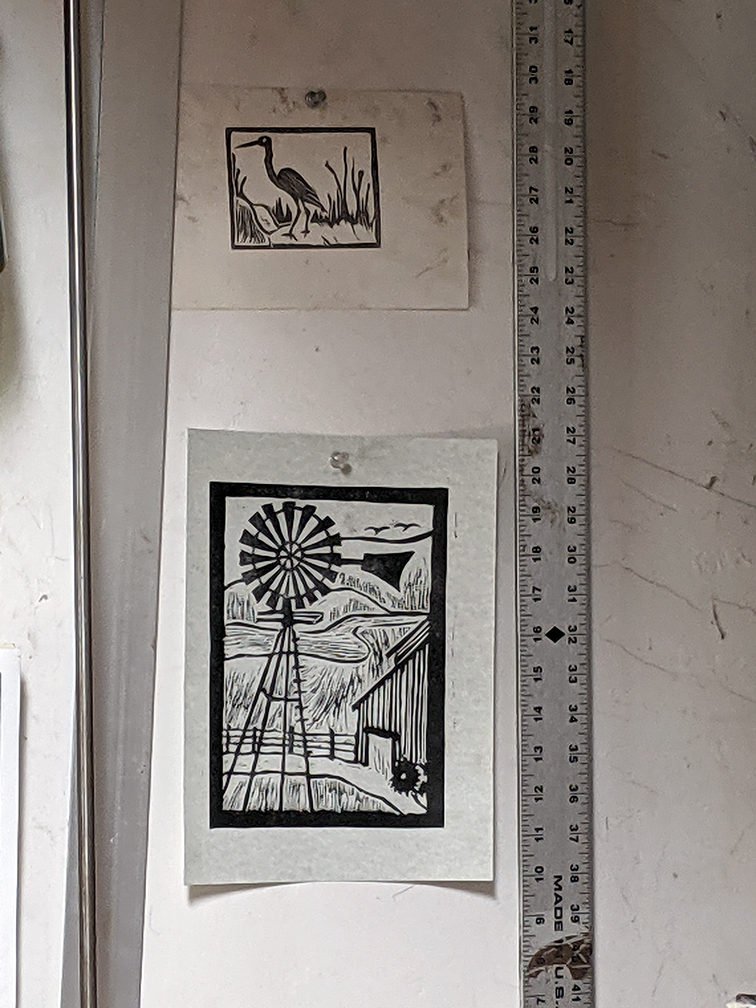 Dennis ponders the delicate needs of the natural world walking through Patwino Worrtla Kodoi Dihi. After rains, he helps count the polliwogs that appear in seasonal puddles; this year there have been no puddles.

Though Dennis enjoys tinkering independently, he respects the communal roots of blacksmithing. And he treasures the community that gathers around the forge and anvil at Rush Ranch.

“In the old days, if anybody needed anything they went to the blacksmith,” Dennis said. “They’d make hinges, doorknobs, wagon parts—and he was probably your dentist too!”

Dennis has no plans to branch into dentistry. But his list of talents continues. He and Bonnie—herself an artist who works in multiple disciplines—have a printmaking studio, with a Chandler & Price Printing Press and a Vandercook Proof Press. Dennis’s prints sell as cards at our auctions and our pop-up shops. The prints lovingly depict the wildlife of Rush Ranch using technology that wouldn’t have looked out of place back when those barns were first being raised.

“A modern laser printer could do similar work,” Dennis says. “But the imperfections of a Linotype block leave something different.”