Working in partnership with the Solano Land Trust, Edward Kenneth Schroeder Jr. and Cheryl L. Schroeder, have preserved their organic almond and walnut farm in the Dixon Ridge area of Solano County through a conservation agreement.

“We congratulate the Schroeder Family and the Solano Land Trust for closing the Schroeder Farm North agreement and protecting the land forever,” said Lynn von Koch-Liebert, Executive Director of the California Strategic Growth Council (SGC). “We are thrilled that SGC’s Sustainable Agricultural Lands Conservation Program can support this investment that will benefit the community while providing numerous environmental benefits.”

When the Schroeders—who go by Ken and Cherie—finalized the agreement, they were two weeks into the first remodel of their home in thirty years. Amid the indoor disruption, they enjoyed the peace of mind a completed conservation agreement affords. 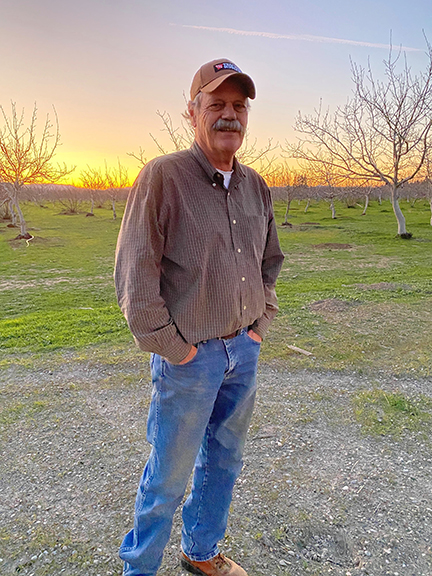 Located south of Putah Creek and north of I-80, the property consists of approximately 79 acres. The land is part of what remains from a six-hundred acre spread that had been in the family since Ken’s great-grandfather, Joachim Schroeder, migrated to California from Germany in 1865.

“The Schroeders are some of the original farmers and settlers of this community,” Cherie says. “So it makes sense to keep our land in agriculture.”

The Schroeders had already protected a similarly sized portion of their farm by conservation agreement with Solano Land Trust in 2019. The new agreement, finalized Friday September 20th, 2021, dedicates more land to permanent agricultural use.

Both the farm’s 36-acre orchard of English walnuts and 39-acres of almonds are certified organic and are watered using micro-sprinklers. These orchards were planted in the last decade, but they were not the first.

“My grandfather had twenty acres of almonds,” Ken said. “He actually had a team of horses that he pulled a little sled with. They put canvases under the trees and men would get in there with mallets and shake and knock the trees. Then they’d pull the canvas on the sled and take it to the yard with the horses. He was old-fashioned. That was in the late sixties.” 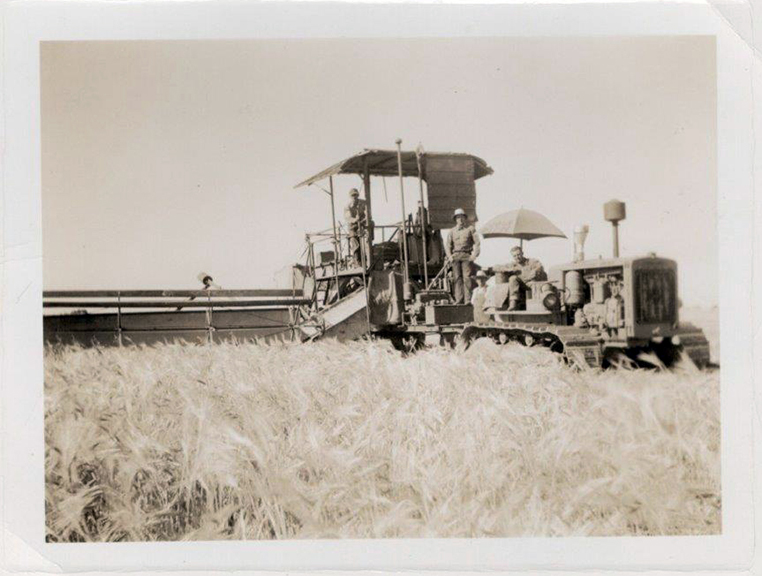 The 1960s were an important era for the region. Though Ken’s ancestors grew many types of crops, the land was dry farmed until the creation of Monticello Dam in 1960 made irrigation available. Now the Solano Irrigation District supplies their water and, after pursuing opportunities for efficiency, Ken finds he uses far less water on the nut orchards than the row crops required. (The almonds are sold to Hilltop Ranch, one of the world’s largest handlers of organic almonds, and the walnuts to Growers Select Inc.)

But even before the irrigation district, the farmland had something special in its class I and class II soils.

“There’s a streak through Dixon Ridge that’s some of the best ground in California,” Ken says. “Sandy loam and deep soft soil.”

To preserve soil health, the Schroeders employ sustainable practices such as clover and rye cover crops. Climate change and habitat preservation are on their mind, and they’re continually looking for opportunities of improvement. Recently, an older tractor, deemed a “gross polluter,” was replaced with an efficient newer model.

Funding for the conservation agreement was made available through the California Strategic Growth Council’s (SGC) Sustainable Agricultural Lands Conservation Program (SALC), administered by the Department of Conservation. SALC is part of California Climate Investments, a statewide program that puts billions of Cap-and-Trade dollars to work reducing greenhouse gas emissions, strengthening the economy, and improving public health and the environment. Funding was also made available by the California Natural Resources Agency.

In conservation agreements such as these, landowners retain ownership of the land and the right to use the property for agricultural purposes. As the stewards of their property, farmers retain the flexibility and control to change farming practices as technologies emerge and the climate changes.

But many parties would have the land used differently; the choice to keep it in agriculture was not lightly made.

Says Ken, “It’s hard to farm your whole life and then the developers come and make you an offer you can’t refuse.”

“We sat on that for seven years before we let the first conservation agreement happen,” says Cherie.

Now the two conserved properties afford a comfort they can enjoy today and a legacy they can leave down the road for others. Cherie has worked for Yolo Foster Care since the 1980s. “So many kids have gone through this place,” she says. “It’s been a point of stability.”

Now, the Schroeders love seeing people experience the properties they have protected. Cool Patch Pumpkins is located on the first conserved property, and it’s a joy knowing that people bring their families there to pick their first pumpkins, identify their first ear of corn, and learn where their almonds and walnuts come from.

“I like the idea of protecting land in perpetuity,” says Ken. “If you really don't want to be the one to lose the farm, there are ways of keeping it in agriculture and in the family.”