Ken Poerner leaves the tools to plow ahead

Note: Following a long bout with cancer, Ken Poerner passed away on May 27th.

“Don’t make me the emphasis,” Ken said. “Make the equipment the emphasis. That’s what I’d prefer you do. I’ve been written about enough. Everyone knows who I am.”

When I spoke with Ken Poerner, he was waiting to see when Home Depot would have the automatic greasing gun in stock. Once he had the date, he was going to treat the lands team to a grab-and-go shopping spree at Home Depot, letting the team fill the cart with whatever could fit.

“I just wanted to have a little fun and spend some money. I want to make sure they get something out of it. They got all the big stuff already.”

The big stuff was big indeed. A gift of this generous is hard to characterize. Farm implement Christmas. A trails modernization program. A stewardship bonanza. 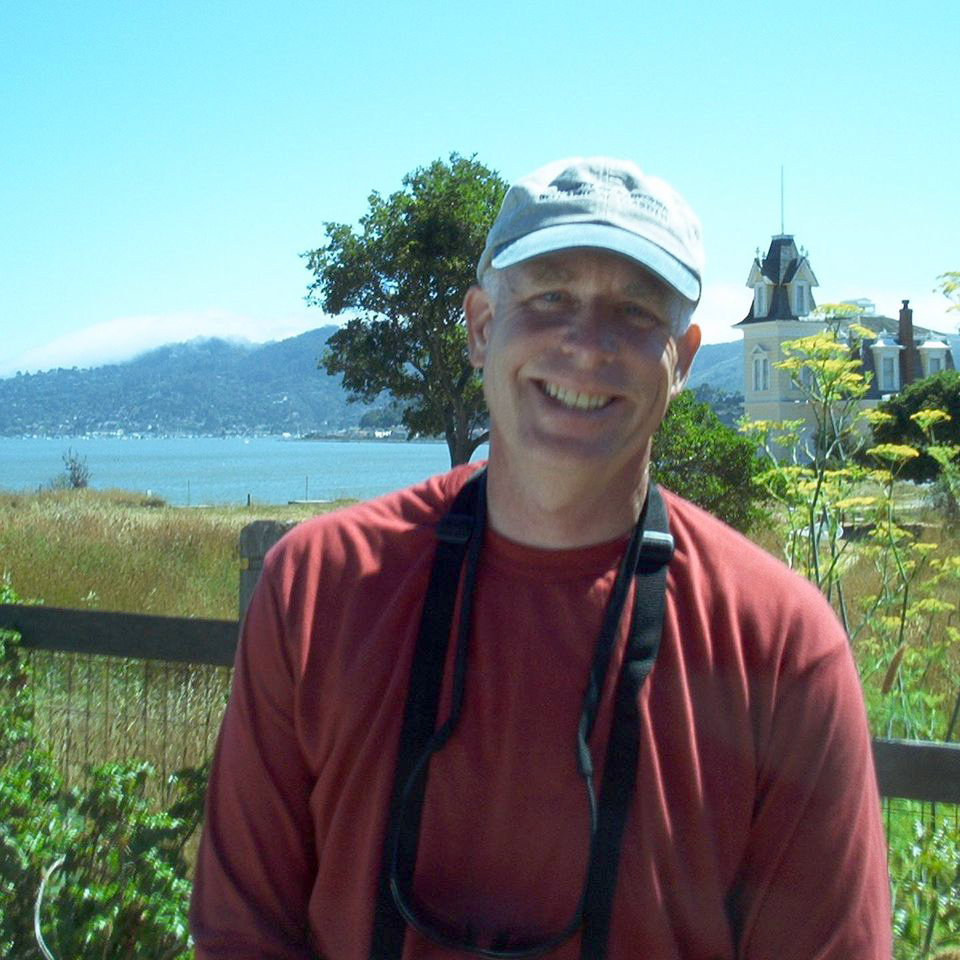 The new equipment was selected by a man who had a guiding hand in decades of trail projects and a great concern for the future of the open spaces. They were informed by the hard work of many days on tasks that will go quicker now and be easier on the body.

“I bought a little bobcat,” Ken said. “A little mini skid-steer. We’re going to have miles and miles of trails to take care of. It’s a great tool for trail work. Only about four feet wide. I wish I had that bobcat when I was building trails at Lynch.”

He bought attachments for the Bobcat that include a multi-blade and a rock hammer.

“Lynch is all clay, so it’s pretty easy to work on in the springtime. Then it turns to rock in the summertime. Then it’s mud in the wintertime,” Ken said. “Each property has its own issue depending on its geology.” 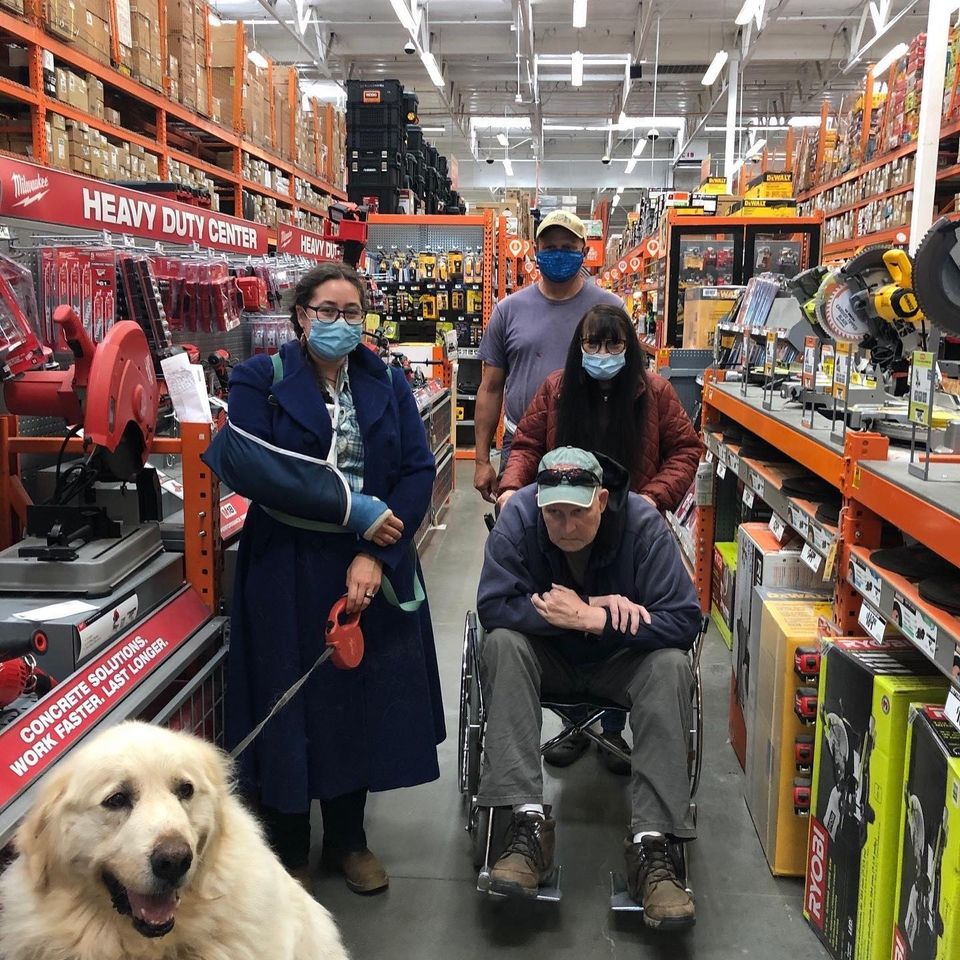 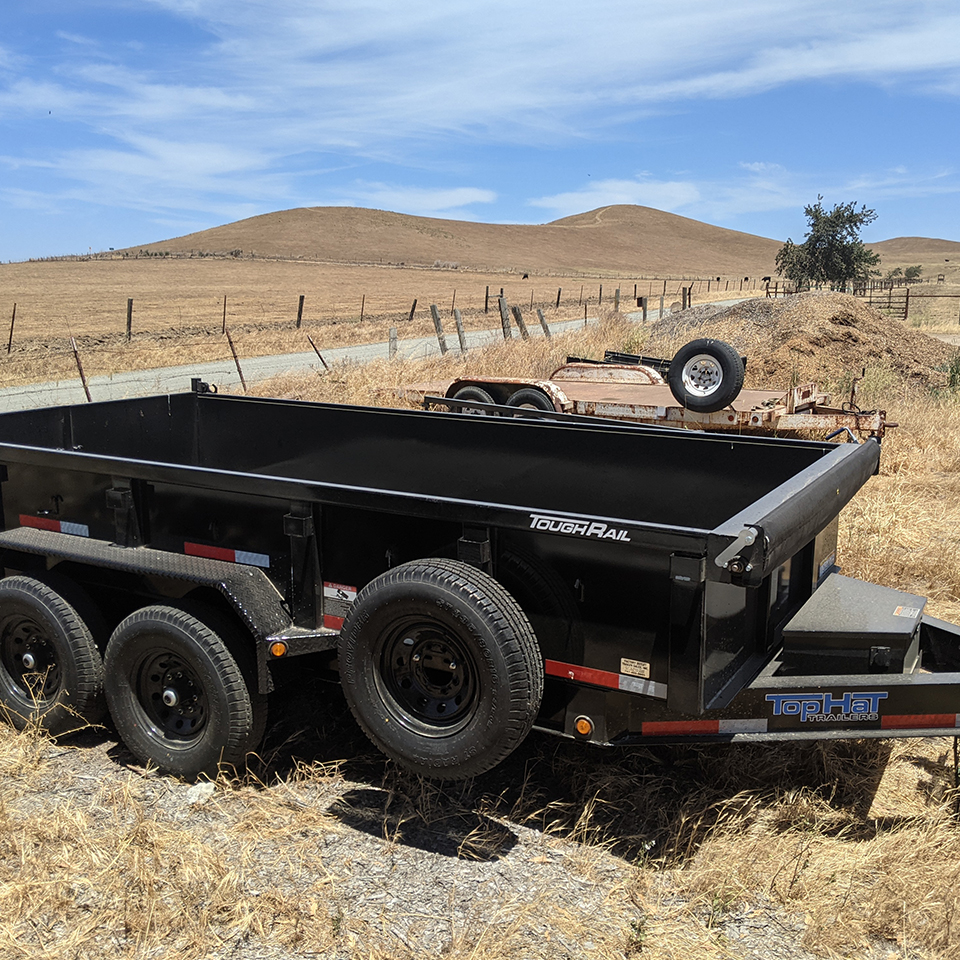 A dump trailer sits ready for its maiden voyage

To drive in the Bobcat and the Quads, Ken purchased a flatbed trailer. He also purchased a dump trailer, so the land trust doesn’t have to rent one.

The greasing gun was stocked on Wednesday. Employees Jasmine, Tim, Monatte, and Jordan joined Ken at Home Depot. Jasmine got a tool bag for her truck and things to fill it, Tim snagged some goodies from the rack. They moved as efficiently as this excellent crew always does.

As the group was heading towards checkout, Jordan asked him how things were going.

“I said, Jordan, I’m kind of disappointed. You guys aren’t spending enough money!” Ken laughed. “So then he reached over and grabbed a DeWalt laser-leveler which was pretty expensive.”

The leveler shoots a laser 165 feet and levels in two dimensions. Jordan, whom Ken hired, pointed out the potential it will have for improving pathways at Jepson Prairie and elsewhere. 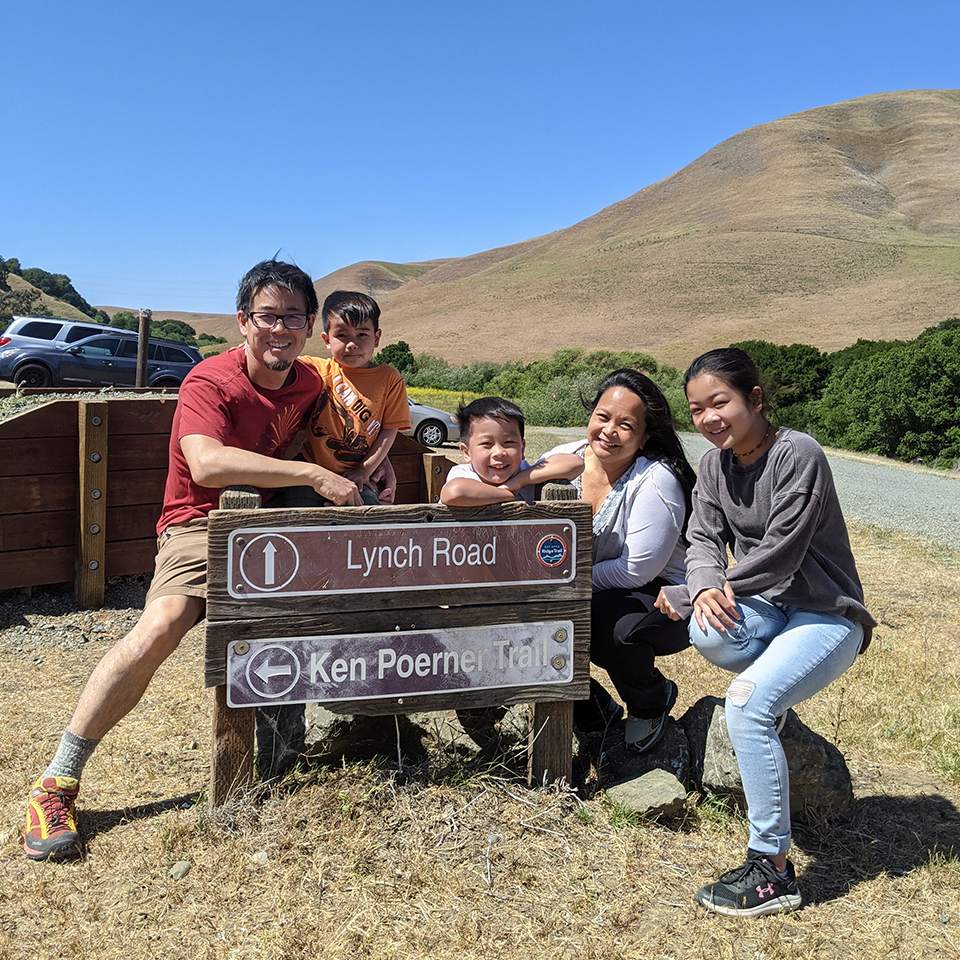 “We’re going to be digging out under the ground and you have to put down four to eight inches of gravel,” Jordan said. “This will help us keep track of depth. Before we would use measuring tape. We never had anything like this before. It’ll improve people’s enjoyment of the space by lessening steep grades.”

“You need to make those upfront expensive purchases,” Ken said. “Because those tools turn into something that lasts twenty or thirty years that you use over and over for all these projects that we’re doing. We use contractors for a lot of stuff but not for everything. And we have field staff that need to do things. You can’t get things done without tools.”

The new tools will make it possible to plow ahead on new projects, work smarter and faster, and be excellent stewards of the lands we love.

Ken’s other hope was that the equipment be used by a few more hires.

“Now that we’re getting equipment, we need staff,” Ken said. “Field staff, stewards and techs. Put that in some column.”

It’s hard to entirely dodge writing about a veteran and naturalist who took an unpaid internship in 1998, gave an organization his time and talents for several decades, and has names on the trails he built, and the apps where he counted more birds than anyone else.

But it was about the land, the mission, and the work for Ken. The trails he made, the barns he restored, the equipment he gifted, will last a long time; but the inspiration he gave, and the example he set, will influence the work of the land trust forever.