Home / eVistas / Getting kids outside

Nature literacy and science on the land

Rush Ranch cradles many things, including children. Local kids have been coming to Rush Ranch Open Space on field trips for many years.

These days it’s more difficult and way more expensive to get kids out of the classroom. With tight budgets and high transportation costs, most schools can’t afford field trips anymore. Working together, we can help.

We have several programs that welcome kids to Rush Ranch. One is called Marshes Matter. Thanks to a transportation grant from the State Coastal Conservancy, a dedicated team of volunteers, and your support of our programs, over 600 kids have visited Rush Ranch and its marsh in the last two years to explore what it means to be a scientist. 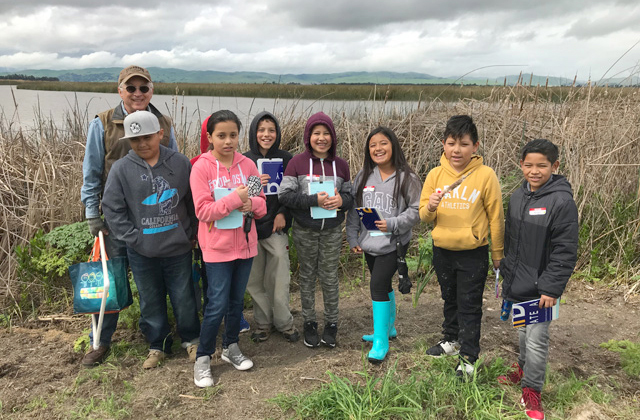 After the rains this spring, a group of fourth graders from Edwin Markham Elementary School in Vacaville were split into four groups after being welcomed and given an introduction to the marsh by lead docent Lynn Garrison. A docent led each of the four groups into different sections of the ranch.

The first stop for docent Dennis Wells and his group of five boys and three girls was the murals outside of the Nature Center. He asked questions of the kids: What makes the Suisun Marsh special? What kind of water is in the marsh? What special animals live here?

The kids raised their hands or shouted out their answers. They each carried a field journal with the title, “Exploring the brackish tidal marsh at Rush Ranch.” On the trail to the marsh, they saw a hawk in the eucalyptus trees. Dennis pulled a bird identification book out of his backpack, and by matching the markings of the bird to the picture concluded it was a ferruginous hawk.

Continuing on the trail, he asked more questions, just like a scientist would. He asked if they noticed that Rush Ranch was on Grizzly Island Road. “Why did they call it that? Does anybody know anything about grizzly bears, or what top of the food chain means?” 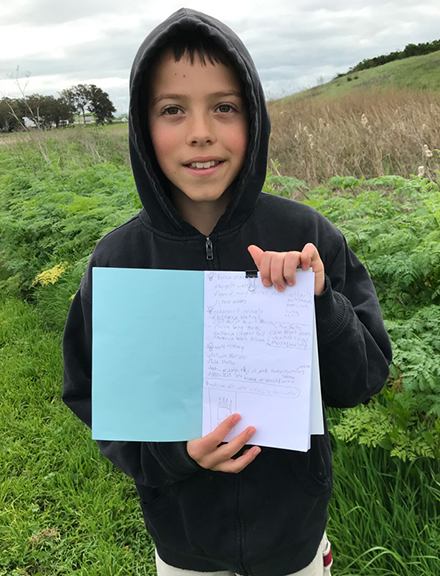 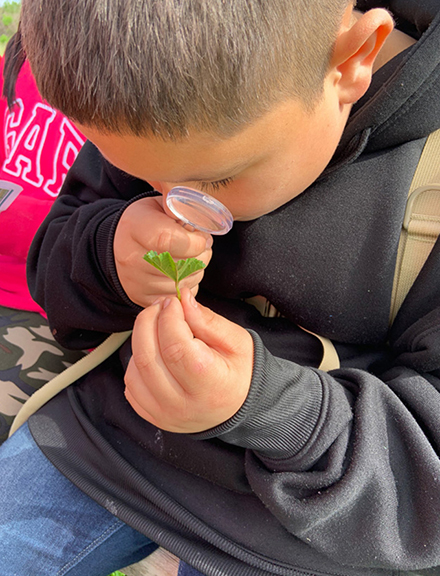 A chilly wind blew, and another storm was on its way. The children didn’t complain though. For the most part they were focused, curious, and knowledgeable. One of the girls found a ladybug and picked it up. It crawled on her arm and across her journal, and held the fascination of all the girls until it flew away.

“This place is literally one-thousand acres big,” one kid said to another as they turned on the South Pasture Marsh Trail to view the Suisun Slough from the edge of the trail.

Research shows that exposing young people to science and nature is good for them. We can’t know what these experiences will lead to, but we know that they are important. Thank you for believing in that, too. Your support makes these moments possible!

Photos are courtesy of Aleta George and Di Holokahi.