A salute to Monatte McGee

Long-time employee rides into the sunset

After eleven years and eight months with Solano Land Trust, Monatte McGee has decided to hang up her spurs and enjoy retirement.

Born and raised in Fairfield, Monatte McGee first came to Rush Ranch as a volunteer at Access Adventure. She was dealing with personal grief at the time. But because her community protected open land, she found a welcoming place where people support each other. Through her volunteering at Access Adventure and her work through Solano Land Trust, Monatte came to embody this place’s welcoming spirit and make others feel they too belonged.

“Monatte was a great volunteer for many, many years,” says Access Adventure’s founder, vice president, and executive director Michael Muir. “We are delighted to congratulate her on her retirement from Solano Land Trust.”

At Access Adventure, Monatte put in her hours on secretarial and organizational tasks. When a caretaker for Rush Ranch left the position, Monatte collected trash and cleaned up around the ranch.

This favorably impressed Ken Poerner, the former land steward. They struck up a friendship. One day, Monatte confided he might see her less often, as she was looking for work again. 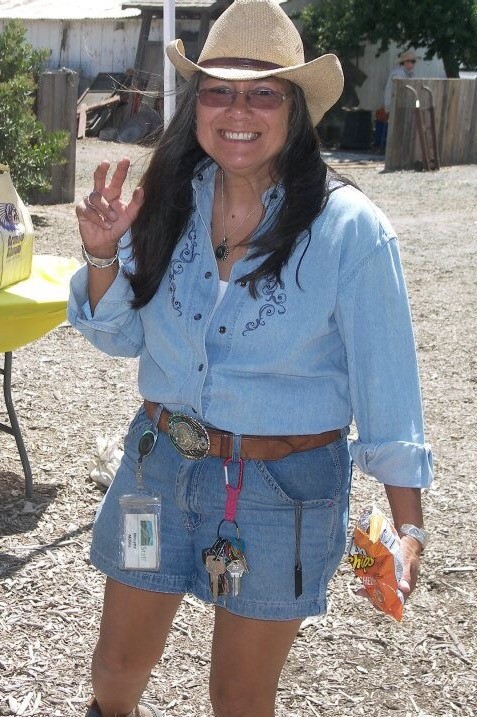 She became the Rush Ranch steward. She opened gates and was a point person for visitors.

“Monatte has been a cheerful, hardworking part of the Solano Land Trust family since 2010,” says Business Services Manager Anne Alver. “As Ken’s right hand, she was the face and heart of Rush Ranch. Many remember Monatte in her cowboy boots and silver jewelry bustling around helping folks and keeping the ranch looking tidy and loved.”

Monatte also helped Rush Ranch grow into its role as a gathering place, coordinating with people on parties, weddings, and quinceañeras.

“We used to have rented parties every weekend,” Monatte says. “I became like a social director.”

She remembers one eventful wedding when a rare May deluge hit the park and she had to grab sheets from the guesthouse for cover. Happily, the rain didn’t dampen the couple’s spirits and they—and their family—returned each year on the date of the ceremony. The festive spirit Monatte cultivated carries on at our monthly Get the Rush gatherings, school fieldtrips, and other special events.

Eventually Monatte’s role expanded, splitting time between Rush and the old office. When the Pandemic hit, she became an administrative assistant holding down the fort with coworkers Anne and Hadley.

“Monatte taught me the ins and outs of the many, many office processes,” says Office Manager Hadley McDonell. “I will miss her cheery demeanor and great sense of humor!”

She does miss the parties of the old days. Going to the store, it used to delight Monatte when kids would say “Hey, you’re the lady from Rush Ranch!” 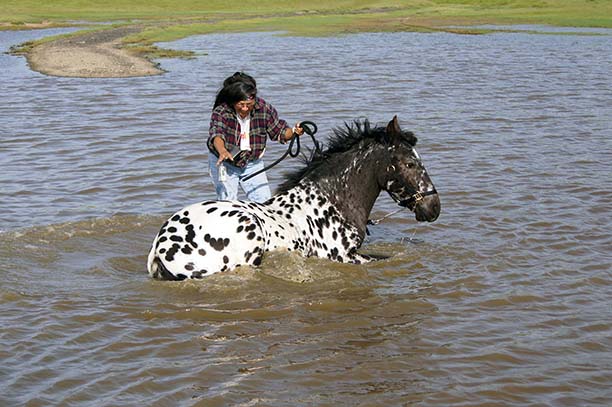 As a friendly ambassador for two non-profits at Rush Ranch, Monatte’s infectious personality has brought her love for horses, community, and the land to many others.

“Monatte has a way of making everyone feel welcome,” Anne says. “It seems like she has never met a person that she couldn’t find a connection with. I will miss her direct and open spirit around the office. For me, she has been an integral part of the secret sauce that makes Solano Land Trust a special place to work.”

Monatte started a new chapter of her life here—and experienced many new beginnings. “I used to sleep in the back of the truck and wait for when the baby horses were born,” Monatte says.

Congratulations, Monatte! Rest easy and we’ll see you on the land.